A Bismarckian welfare state for the Western Balkans?

A Bismarckian welfare state for the Western Balkans?

What Bismarck would say about social protection in times of a changing world of work. A thought experiment

By Paul Stubbs, member of the network The Future of the Welfare State in the Western Balkans

Let us imagine that, after his retirement from active political life in 1890, Otto von Bismarck would have spent the last one hundred and thirty years lecturing and researching on social policy across the world. Most recently, he worked as an unpaid advisor for the advocacy network ‘The Future of the Welfare State in the Western Balkans’.

Bismarck, of course, remains most famous for introducing an insurance-based welfare society as a way of deterring the working class from turning to socialism. He is therefore particularly well placed – and certainly better placed than a committed socialist such as myself – to address the ways in which changing forms of work demand new understandings of social protection and the introduction of new, fit-for-purpose forms of social security, necessary to ensure the continued survival of the capitalist system. His message to us today consists of five, interrelated elements.

Firstly, insurance-based systems have a future and can be made more adaptable than many people think. This may seem to some like Bismarck’s defence of the indefensible, since the kinds of social insurance systems that he introduced depend upon a more or less stable world of work, during which waged workers and their employers pay enough contributions to cover sickness, disability, unemployment and retirement.

Many analysts in the Western Balkans and beyond have concluded that changes to the nature of work mean that most adults will not be able to make sufficient and affordable contributions during their working life to guarantee meaningful and adequate benefits. Recent reports have suggested that an expansion of insurance-based schemes, their multiplication and re-combination, can offer a degree of social security for all. Crucially, schemes would need to become much more flexible and transferable, across borders (challenging the nation-state-container idea of social insurance), over an individual’s life course, and between generations.

The Western Balkans are dominated by regressive taxation, both in terms of an over-reliance on indirect taxes such as VAT rather than income tax, and through a neoliberal obsession with flat taxes and tax breaks for so-called ‘investors’.

Above all, insurance schemes would need to be open to those working in the informal sector, those working in the so-called ‘gig’ or ‘platform economy’, casual workers, seasonal workers and even those working in small-scale agriculture. Combining optimal interest on savings, specialist advice, state and other subsidies as well as low interest loans, insurance funds could enable income smoothing in times of crisis – including unemployment, bad harvests and so on – while being specifically targeted to long-term care needs.

Although traditionally within the domain of the state, albeit within independent agencies, there is scope for much greater innovation in insurance funds, including the introduction of diverse forms of ownership and governance, with a role for social enterprises, trades unions and the like. Of course, such insurance funds cannot be a panacea able to cover the social security needs of everyone and state-financed universal, categorical and means-tested benefits must continue to play an important role in social protection systems in the future.

Secondly, new forms of financing for social protection are needed, whilst continuing to innovate in terms of more traditional, tax-based, funding. Although ideologies of austerity and debt-reduction proliferate in our region and beyond, there are many perfectly attainable ways of expanding the fiscal envelope in order to fund a wider array of social protection instruments.

Income can be raised from taxing capital gains, financial and currency transactions, business class air travel and frequent flyers, and from cracking down on illicit trading including money laundering. Piketty-type taxes on assets, wealth, inheritance and property could also be introduced across the region. Crucially, defence budgets and expenditures on war veterans’ benefits could also be cut in order to free up expenditure for social protection.

The Western Balkans are dominated by regressive taxation, both in terms of an over-reliance on indirect taxes such as VAT rather than income tax, and through a neoliberal obsession with flat taxes and tax breaks for so-called ‘investors’. As North Macedonia showed until recently, progressive taxation is feasible in the region and can be an important revenue source for improving the provision of public goods, including social protection benefits and services.

Thirdly, what has been termed ‘the fourth industrial revolution’, with automation, robotisation, artificial intelligence and digitalisation, affords a once-in-a-lifetime opportunity to move from ‘living to work’ towards ‘working to live’: in terms of improved work-life balance and increased leisure opportunities. The onset of a ‘leisure society’ has often been discussed, but has never actually materialised.

If we take the opportunities afforded by the fourth industrial revolution together with the need to respect planetary boundaries in the context of the dramatic impacts of climate change, then both reductions of the working week to four days and a reduction in hours worked to an average of 21 a week seem both feasible and necessary.

The initial Bismarckian welfare state involved a leap of imagination; we need something similar for a radical redistribution of income, wealth and power in advancing towards a low carbon future.

Such a move, phased in over time, could reduce the massive segmentation and inequality in the labour market between those in full-time work – often plagued by overwork and stress – and those who are unemployed or underemployed. Shorter working hours without a loss in pay is achievable in the context of productivity gains and allows for more time for workers to recuperate, fulfil caring responsibilities and participate in democratic processes and can contribute to gender equality.

Fourthly, social protection systems should move from being labour market-focused to include a focus on generating social value. The vexed question of climate change raises the importance of implementing ‘eco-social policies’ promoting new patterns of production, consumption and investment. Focusing on green jobs, a circular economy and social housing would be an important step to create a new welfare state, reducing consumerist impulses and enabling a transition to a low carbon future. An ideology of ‘productivism’ subordinates social policies to supposedly economic objectives, not least in the rules of the European Semester within the European Union. Replacing productivism with the concept of ‘social value’ is crucial, valuing contributions other than formal, paid work, including caring responsibilities.

Fifthly, the punitive and disciplinary aspects of social protection systems have never worked; in today’s new world of work they are irrelevant at best and lethal at worst. A narrow focus on ‘availability’ and ‘fitness for work’, involving tests that are demeaning, and making the receipt of social assistance for working-age persons conditional on workfare is counter-productive and unworthy of civilised societies. A recent statement of a welfare state platform for the Western Balkans, for example, refers to ‘socially useful labour’ and the importance of caring responsibilities.

Whilst universal basic income may not, at the moment, be an adequate response to the changing world of work, not least because ‘no existing economy can pay for a generous basic income without defunding everything else’, some form of basic income through (universal) child benefits, payments to persons with disabilities and a social pension is attainable. The initial Bismarckian welfare state involved a leap of imagination; we need something similar for a radical redistribution of income, wealth and power in advancing towards a low carbon future. 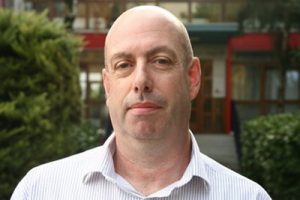 Paul Stubbs is a UK-born sociologist who has lived and worked in Croatia for more than 25 years. He is a Senior Research Fellow in the Institute of Economics, Zagreb and works on social protection at national, regional and global scales, with a particular focus on the role of international actors in framing social policy choices. His latest book, co-edited with Sofiya An, Tatiana Chubarova and Bob Deacon is Social Policy, Poverty and Inequality in Central and Eastern Europe and the former Soviet Union: agency and institutions in flux (Crop/Ibidem).