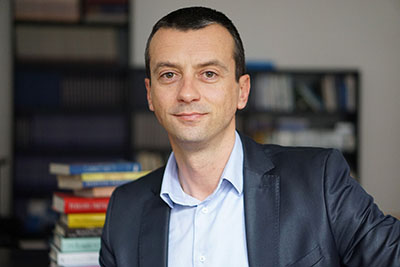 Žarko Šunderić has been the Director of the Center for Social Policy since January 2016.

He was head of the Social Inclusion and Poverty Reduction Unit of the Government of the Republic of Serbia during the period 2008-2015, working on coordination, monitoring and reporting in the field of social inclusion and poverty reduction. Žarko participated in the development and implementation of strategic national development documents and initiatives. He has considerable experience in developing European social inclusion policies in Serbia. He worked on monitoring programs for the implementation of the Poverty Reduction Strategy in the Government of the Republic of Serbia from 2005 to 2008. Mr. Šunderić worked for the US organization CHF from 2001 to 2004, working on the implementation of USAID programs in Serbia. He worked on the democracy development program at the Civic Initiatives non-government organization from 1999 to 2001.